This is not intended as any type of a slur to the Buffalo Bills.  I live in Buffalo now and I believe there are Bill’s laws that prevent that type of behavior.  The “ralph” by the way in this Coors advertisement refers to Ralph Wilson Stadium where the Bill’s play their home games.  More Ralph Wilson info after this photo.  I do think Coors is a very bad beer and I’m not sure how many people ralph after drinking too much of it at The Ralph.  Apologies to Ralph Wilson, the Buffalo Bills, Buffalo Bill’s fans, but not to Coors. 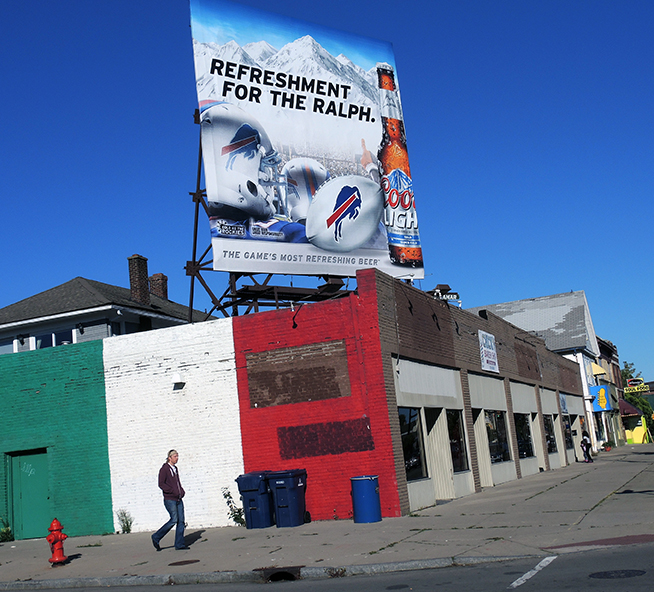 Ralph C. Wilson, Jr. (born October 17, 1918) is the founder and owner of NFL’s Buffalo Bills. He was one of the founding owners of the American Football League, the league that the NFL merged with in 1970, and is the last of the original AFL owners. He is the oldest owner in the National Football League, at age 95, and since the death of Bud Adams in 2013 is also the longest tenured (53 years). He was inducted into the Pro Football Hall of Fame on August 8, 2009.