El Dia de los Muertos is is a Mexican holiday celebrated throughout Mexico and around the world.  I took the photo below in Oaxaca de Juárez (official name for the city of Oaxaca) in the state of Oaxaca, Mexico in November 1999. The photo is now part of an installation at Casa de Arte for El Dia de los Muertos (more information on Casa de Arte show, 2 – 15 November, below photo and text). 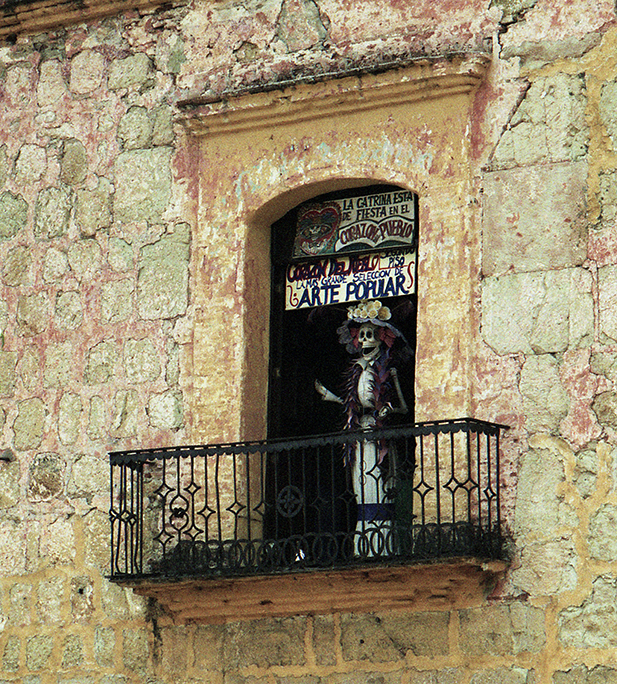 The photo above is of a representation of La Calavera Catrina (‘Dapper Skeleton’, ‘Elegant Skull’), a 1910–1913 zinc etching by famous Mexican printmaker, cartoon illustrator and lithographer Jose Guadalupe Posada. The image depicts a female skeleton dressed only in a hat befitting the upper class outfit of a European of her time. Her chapeau originally relates to French and European styles of the early 20th century. She is meant to portray a satirization of those Mexican natives who, Posada felt, were over-embracing European traditions of the aristocracy in the pre-revolutionary era. La Catrina in particular, has become an icon of the Mexican Dia de los Muertos.

The work’s fame however comes from its appearance in the first posthumous edition of Posada’s work, which was published from the original plates in 1930 by Frances Toor, Blas Vanegas Arroyo and Pablo O’Higgins, entitled Mongrafia: Las Obras de Jose Guadalupe Posada, Grabador Mexicano.

While the original work by Posada introduced the character, the popularity of La Calavera Catrina as well as her name is derived from a fifteen meter mural by artist Diego Rivera in his 1948 work Sueño de una tarde dominical en la Alameda Central (Dream of a Sunday afternoon along Central Alameda).

Rivera depicts a culmination of 400 years of Mexico’s major figures, which include himself, Posada, and Rivera’s wife Frida Kahlo. Rivera took inspiration from the original etching and gave Calavera a body as well as more of an identity in her elegant outfit as she is poised between himself and Posada. The intent seemed to be to show the tradition of welcoming and comfort the Mexicans have with death and especially the identity of a lady of death, harking back to the heritage of the Aztec goddess Mictecacihuatl. As explained by curator David de la Torre from the LA Plaza de Cultura y Artes, Catrina has come to symbolize not only El Día de los Muertos and the Mexican willingness to laugh at death itself, but originally Catrina was an elegant or well-dressed woman, so it refers to rich people, de la Torre said. “Death brings this neutralizing force; everyone is equal in the end. Sometimes people have to be reminded.”

The culture of La Calavera Catrina has ties to political satire and is also a well-kept tradition as the original was inspired by the polarizing reign of dictator Porfirio Díaz, whose accomplishments in modernizing and bringing financial stability to Mexico pale against his government’s repression, corruption, extravagance and obsession with all things European. Concentration of fantastic wealth in the hands of the privileged few brewed discontent in the hearts of the suffering many, leading to the 1910 rebellion that toppled Diaz in 1911 and became the Mexican Revolution.

Above information from Wikipedia as a starting point for those who wish to delve further into the history of La Calavera Catrina and Dia de los Muertos. 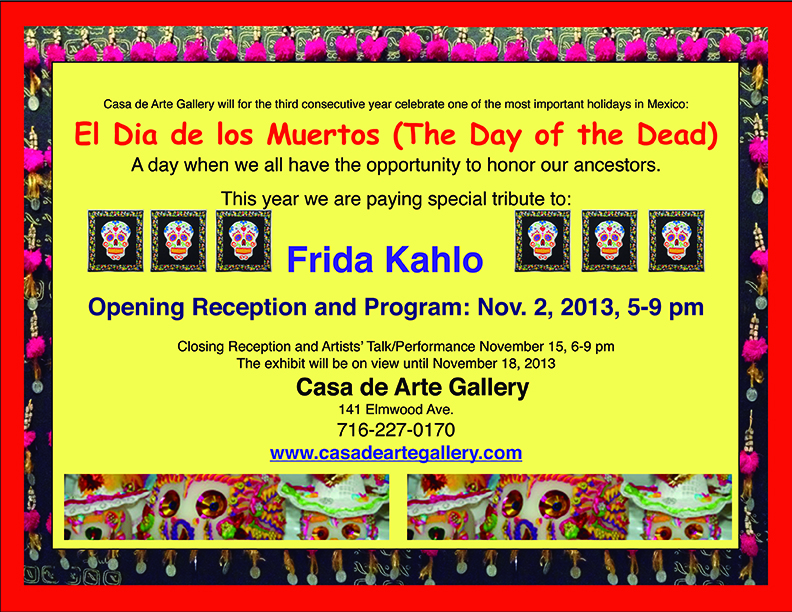