The Peace Bridge in Buffalo, NY spans the Niagara River and connects the Canada to the U.S.  Between 4,000 to 5,000 trucks and approximately 20,000 cars pass through the Peace Bridge Plaza everyday.  Commercial traffic with trucks idling on the bridge and in customs for hours on the NY side, emits tons of diesel exhaust a day; exhaust that has 40 known toxic chemicals in it.

These toxic diesel fumes are having major impacts on the health of the people in Buffalo, NY.  The Latino community, which is closest to the Peace Bridge, is the first and worst impacted. 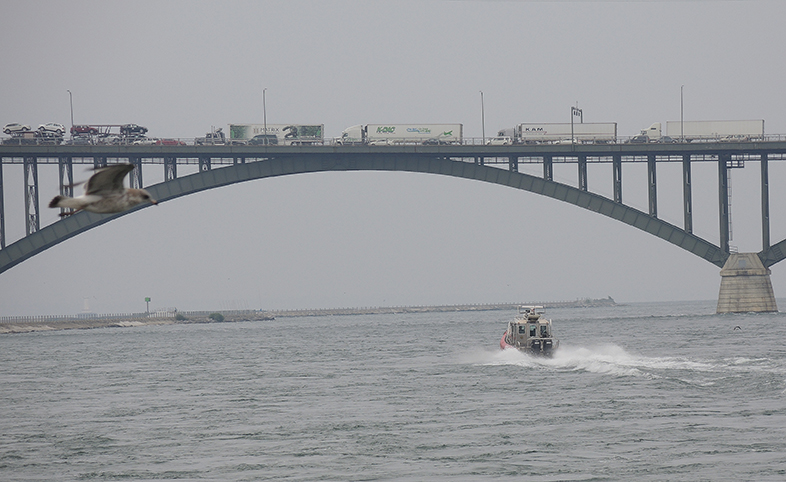 The Peace Bridge is an international bridge between Canada and the U.S. at the east end of Lake Erie at the source of the Niagara River, about 20 kilometres (12.4 mi) upriver of Niagara Falls. It connects the City of Buffalo, NY, in the U.S. to the Town of Fort Erie, Ontario, in Canada. It was completed in 1927.

Academic research has demonstrated that there are alarmingly high rates of asthma on Buffalo’s West Side.  Additionally, the New York State Department of Health Cancer Registry shows that incidences of both lung and bronchus cancers were elevated for residents of the zip code closest to the bridge.

The Peace Bridge Project is currently under development with the collaboration of the Clean Air Coalition of Western New York.

A study conducted by Dr. Lwebuga – Mukasa, professor of Medicine at the University of Buffalo found that nearly 45% of West Side households reported at least one case of chronic respiratory illness or asthma. The study also shows there was no significant difference in the odds of having asthma on Buffalo’s West Side even after correcting for race/ethnicity, household triggers of asthma, and socioeconomic factors indicating the cause is the outdoor environment.

Certainly there are many questions that need to be answered to accompany the photographs.  Are idling trucks’ and cars’ emissions from bridge operations adversely effecting peoples’ health?  How are globalization and free trade exacerbating the problems? What is being done at government and corporate levels to address the concerns of the community.  How are these toxic emissions contributing to climate change? Are there issues of racial and environmental injustice? Are there ecological impacts to the Niagara River?

Implementation of the project:

1)  Photograph people in their community surroundings

2)  Document peoples’ thoughts and feelings regarding what they believe is happening—in essence telling their story, not just through images alone, but a combination of the two

7)  This is an educational project that is aimed at working with the communities affected and making sure official policy makers hear and respond to their concerns.  It intends to identify and document the problem and its underlying causes for a broad base of citizens regionally and globally through the use of concerned photography as described above, published in print and online magazines, and displayed in public events and exhibitions

This project is expected to be completed in 2014.

On Saturday 7 September 2013, the 11th annual Puerto Rican and Hispanic Day Parade occurred under torrential rains.  The mission of the parade states: To promote and celebrate our Puerto Rican and Hispanic traditions by planning events that will enrich our culture and maintain its viability.  To educate our youth today for future generations by faithfully engaging in the presentation of our heritage.

The vast majority of those in attendance, including me, got soaked in the downpour.  My cameras got an unexpected wet cleansing.  But the spirit of the parade theme, ¡Bailamos! – Let’s Dance!, prevailed in the communities of the parade route that alarmingly have the highest rates of asthma on Buffalo’s West Side. 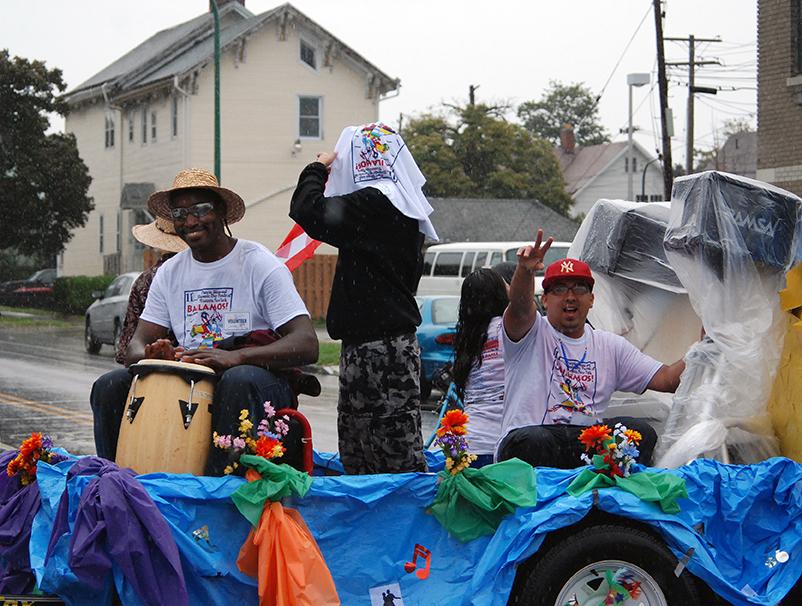 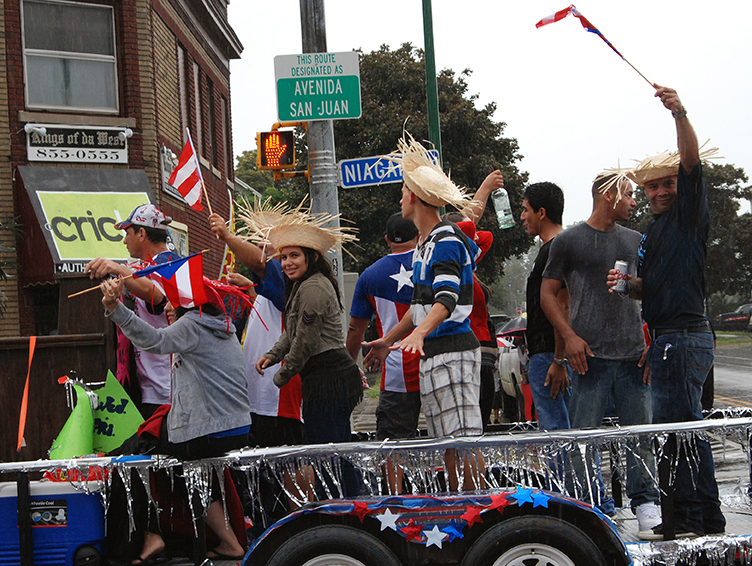 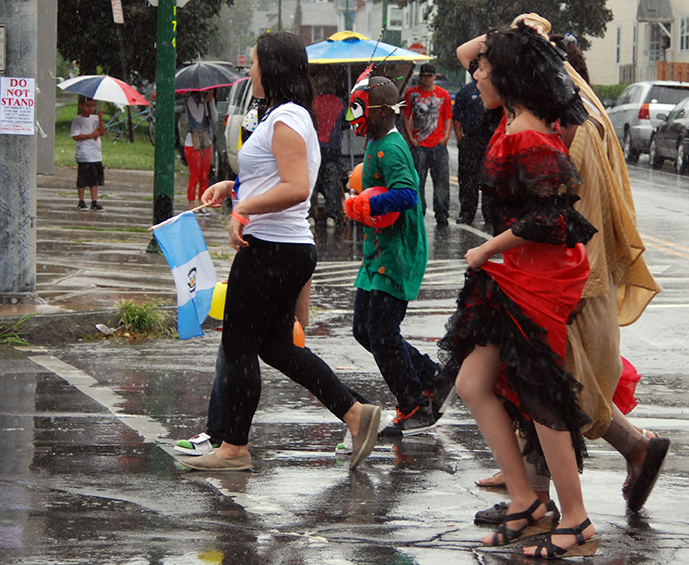 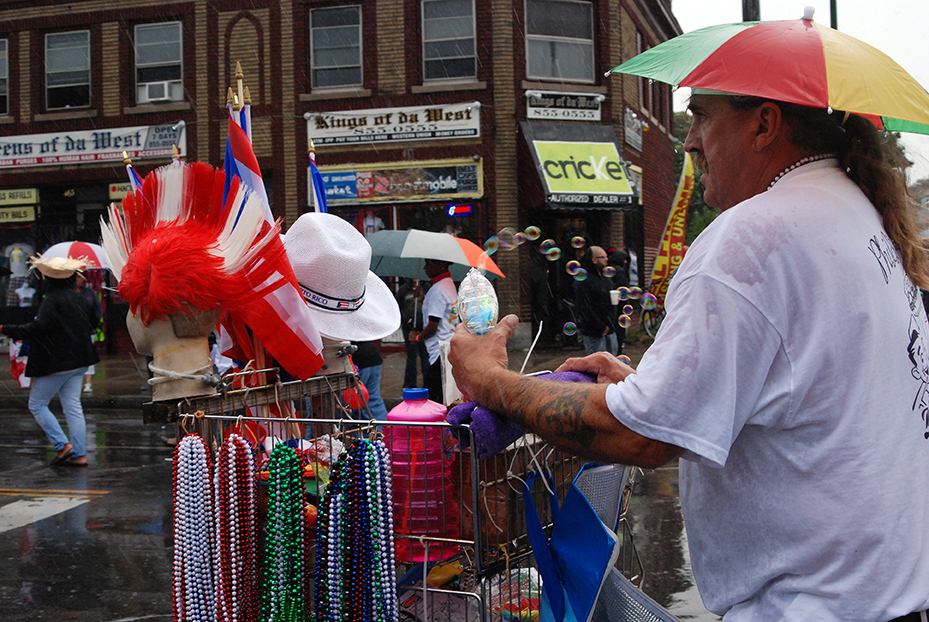 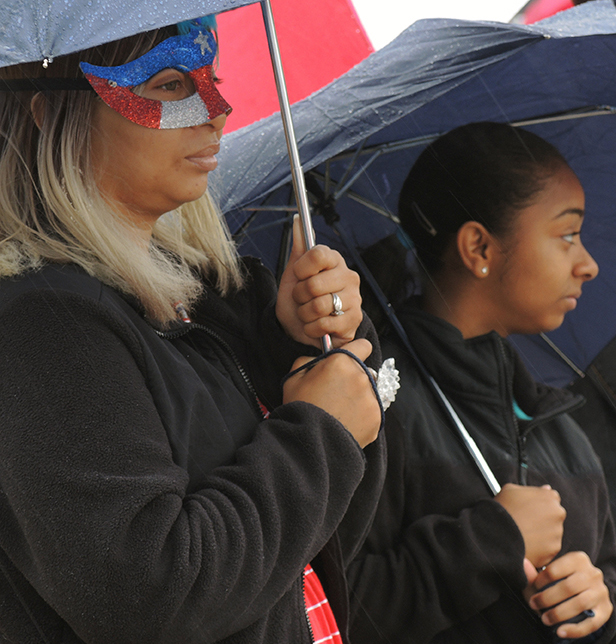 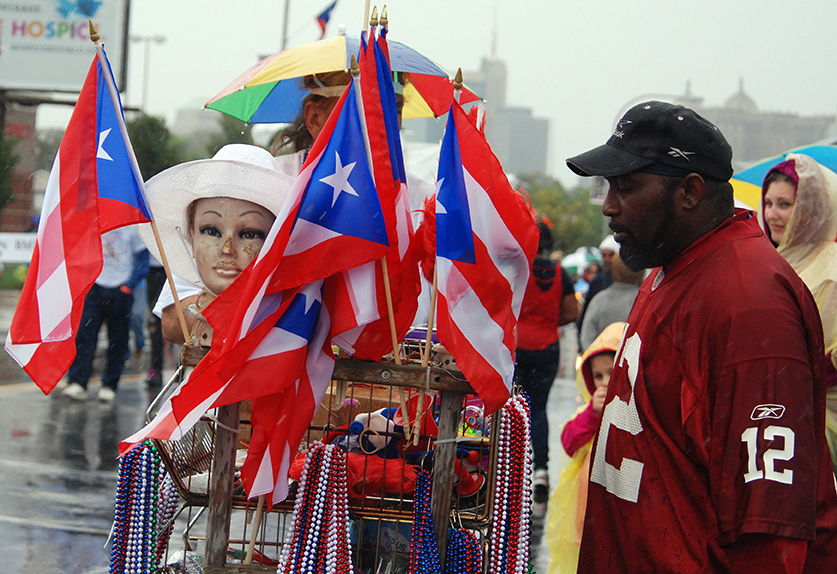 I photographed the Venceremos Brigade’s crossing of the Peace Bridge upon their return to the U.S. via Canada from Cuba.  Since The Peace Bridge Project will investigate global trade issues, the return of the Brigade is relevant since the U.S. enacted a commercial, economic and financial embargo on Cuba starting in 1960. 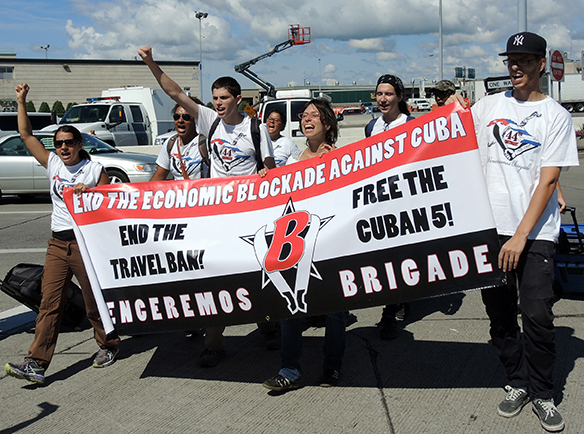 5 August 2013: A group of the Venceremos Brigade crosses the International Peace Bridge into Buffalo, NY

It is illegal for most U.S. citizens to travel to Cuba and there are no direct civilian flights, hence the Brigade leaves and comes back to the U.S. from Canada. The Venceremos Brigade asserts the importance of engaging in civil disobedience through travel challenges as the most effective means of mounting pressure on the U.S. government to change these policies and work to establish normal relations between both nations.

This year marks the 44th contingent of the Venceremos Brigade. Brigade members, representing seven states nationwide and coming from diverse backgrounds, delivered nearly 2,000 pounds of material to the island, volunteered on civil projects including restoration of housing destroyed by Hurricane Sandy, and exchanged with experts and ordinary citizens from various sectors of Cuban society.

The Venceremos Brigade is a U.S.-based educational work project that travels to Cuba annually.  Since 1969 it has provided over 9000 U.S. citizens the opportunity to see Cuba for themselves. The Venceremos Brigade asserts that the travel ban is unconstitutional and that the economic embargo is inhumane, immoral, and contrary to the principle of national sovereignty.