ARTVOICE, BUFFALO SPREE, and THE BUFFALO NEWS: GUSTO previews below photographs and artwork 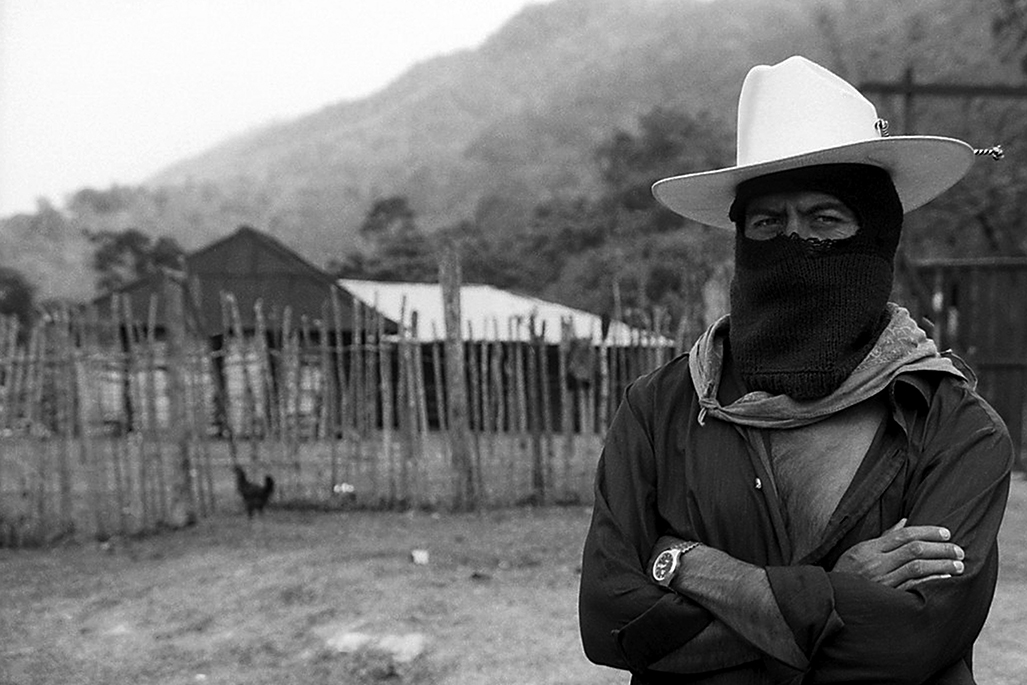 Featuring photographs by Orin Langelle, Bill Jungels, etchings from Chiapas-based Antun Kojtom Lam, and weavings from the women’s cooperative Tsobol Antsetik who practice various forms of resistance, not the least of which is preserving the weaving traditions that go back to the pre-conquest.

Opening Reception: 22 June from 6 to 10 p.m.  With live musica Chiapaneca and tamales Chiapenecos

Trailer for A Darker Shade of Green 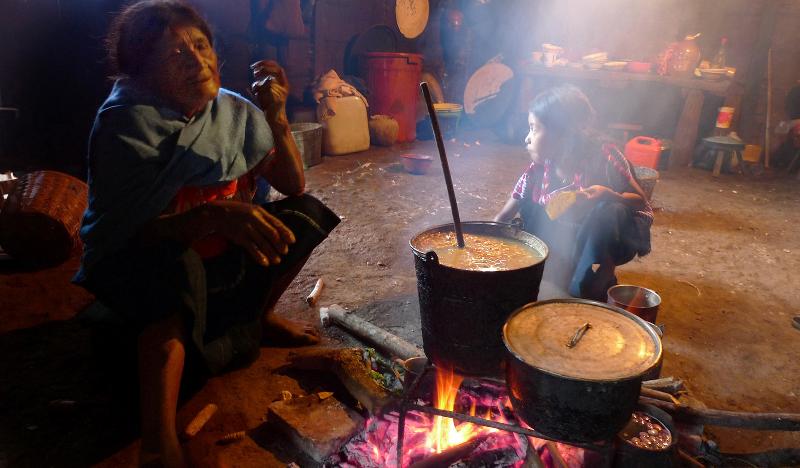 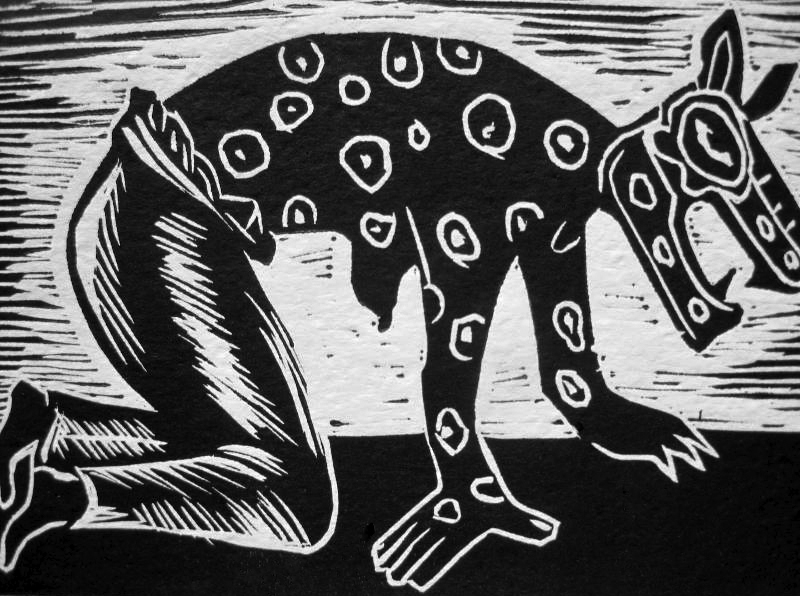 [Features photograph by Langelle, above]

In the early 1980s, as an exhibit specialist at the International Center of Photography in New York, I had the chance to work with the great photojournalist Susan Meiselas on her courageous project to expose the consummate horrors of the war in Nicaragua. Later I house-sat for her while she was on another assignment, taking the opportunity to look through her photo archive while monitoring her answering machine and feeding her cat. It was an illuminating experience to see all the shots she didn’t publish…horrors and tragedy anew.

In a similar vein I await the opening of an exhibition on Saturday, June 22, at Casa de Arte of photographs documenting the continuing struggle for social justice by the Zapatistas and indigenous communities in Chiapas, Mexico, for land rights and autonomy.

The photojournalist is a species of artist/ writer near extinction in contemporary media. Please take the opportunity to witness in a local venue the work by photojournalist Orin Langelle. Also featuring photographs by Bill Jungels, etchings from Chiapas-based Autun Kojtom Lam, and weavings from the women’s cooperative Tsobol Antseik, who practice various forms of resistance preserving in particular, the indigenous weaving traditions going back before the conquest of Cortez.

The Magazine of Western New York

Since 2011, gallery owners Rick Williams and Mara Odette Guerrero have been presenting Latin American art and culture in Allentown – indeed the little stretch of Elmwood where their gallery, Casa de Arte, is located has long been a Latino row of sorts.  The two locations of El Buen Amigo are a few doors away, and El Museo gallery is a few blocks away on Allen.

Like a surprising number of native Western New Yorkers, Williams lives in Mexico during the winter months, returning with Guerrero to Buffalo, where they spend the warmer months and operate the gallery.  Since opening the space, the two artists have focused on bringing art from Mexico during the summer and reversing the progress in the winter.  Their latest exhibition at Casa focuses on art and culture from Chiapas, Mexico’s southernmost state.  The region is home to the Maya and the ancient Mayan ruins of Bonampak, Palenque, Chinkultic, and Yaxchilan –  rural areas here have long been isolated from colonial and Mexican governments for centuries.  The exhibition offers a glimpse of this fascinating culture and history through the media of photography, textiles, etchings, and other strategies.

The artists include Bill Jungels, who has long been making documentary photography and films on topics including immigration, workers’ rights, and human rights abuses; his films include Broken Branches, Fallen Fruit and Crossing the Line.  Another photojournalist in the show, Orin Langelle, has been working for four decades, first photographing in Chiapas in 1996, when he worked behind rebel lines to document the struggle of the EZLN (Zapatista Army of National Liberation) in Mexico.  As a result of that trip he coproduced Lacandona: The Zapatistas and Rainforest of Chiapas, Mexico.  Other artists include Williams, Guerrero, Antun Kojtom, whose work is laced with Mayan symbolism.  Finally, the show includes weavings from a group of indigenous weavers, Tsobol Antzitik (Women United).  Chiapas opens Saturday, June 22, 2013, and runs through July 27 at Casa de Arte, 141 Elmwood Avenue.

In 2011, Rick Williams and Mara Odette Guererro-Williams brought a welcome infusion of the culture of Central Mexico to Allentown when they opened Casa de Arte, a gallery dedicated to linking the vibrant arts scenes of Buffalo and Curenavaca. Now, with a new exhibition titled “Chiapas,” the Casa de Arte founders are turning their attention to a different region in Mexico: the southernmost state of Chiapas.

The show, which opens with a reception at 6 p.m. Saturday and runs through July 28, features pictures by photojournalist Orin Langelle, etchings by Chiapan artist Antún Kojtom and textiles made by indigenous weavers from the area. The Chiapas region has a rich cultural history and is home to many sites, ruins and artifacts from the Mayan period and from many other ancient cultures. Williams called Chiapas Mexico’s “most fascinating” state.

For more information on the exhibition, call 240-9248 or visit buffalocuernavaca.wix.com.