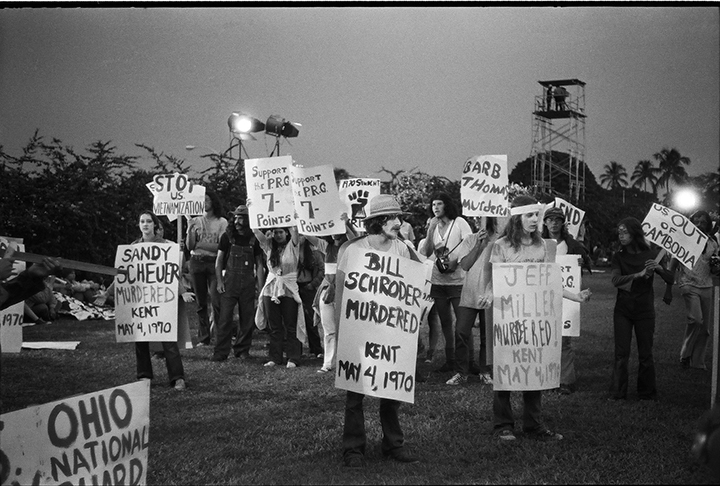 I took this photograph while covering the 1972 Republican National Convention in Miami Beach, FL.  Thousands gathered on the outside of the convention to protest the Vietnam War.  Every day during the convention people demonstrated against the killing of people, not just US servicemen, but the people from from Southeast Asia.  The above protest concerned the killing of four unarmed US students at Kent State University in 1970 by the Ohio National Guard.  Nine other students were wounded.  Many of the students shot were demonstrating against the US invasion of Cambodia.

I will never forget what happened at Kent State, nor will I ever forget the 1972 Republican National Convention.  This was my first photography assignment and it was the first time I was hit with a billy club.