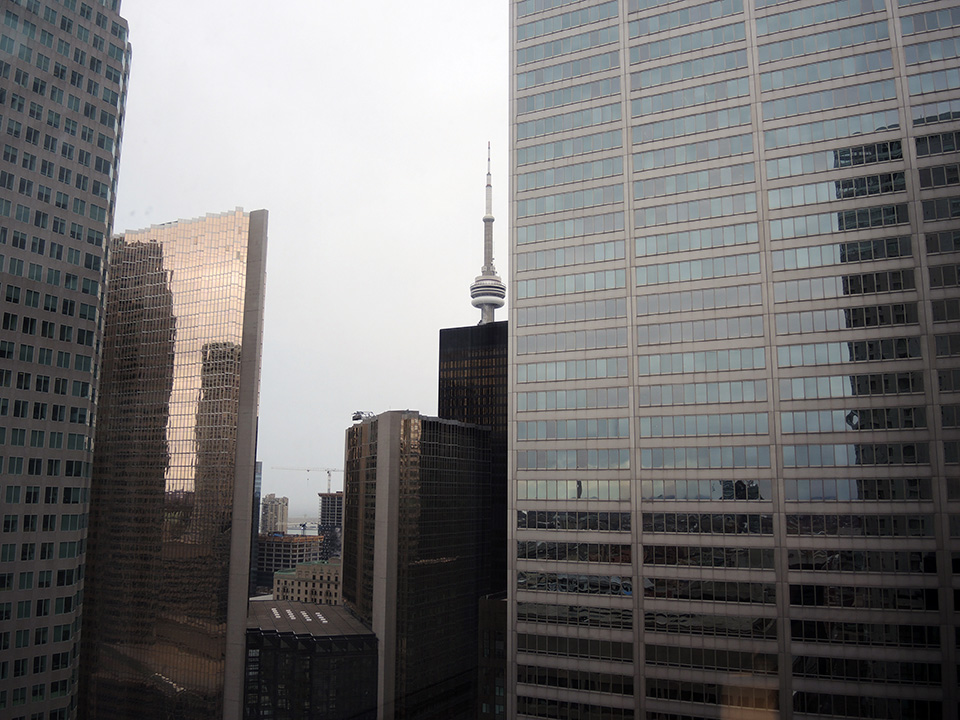 Toronto, a city of towering skyscrapers

On 19 April 2013, Anne Petermann, Global Justice Ecology Project’s Executive Director, and Orin Langelle went to Toronto to meet with friend and fellow Board member, Dr. Aziz Choudry, and a book launch for Organize!: Building from the Local for Global Justice (PM Press).  Aziz was one of the editors and Anne wrote one of the 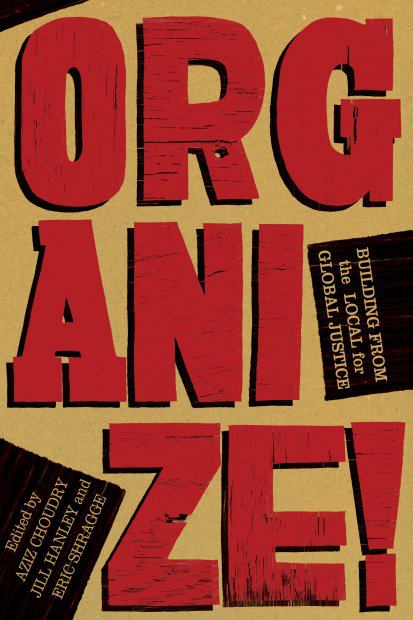 Grounded in struggles in Canada, the United States, Aotearoa/New Zealand, as well as transnational activist networks, Organize!: Building from the Local for Global Justice links local organizing with global struggles to make a better world. In over twenty chapters written by a diverse range of organizers, activists, academics, lawyers, artists, and researchers, this book weaves a rich and varied tapestry of dynamic strategies for struggle. From community-based labor organizing strategies among immigrant workers to mobilizing psychiatric survivors, from arts and activism for Palestine to organizing in support of Indigenous Peoples, the authors reflect critically on the tensions, problems, limits, and gains inherent in a diverse range of organizing contexts and practices. The book also places these processes in historical perspective, encouraging us to use history to shed light on contemporary injustices and how they can be overcome. Written in accessible language, Organize! will appeal to college and university students, activists, organizers and the wider public. 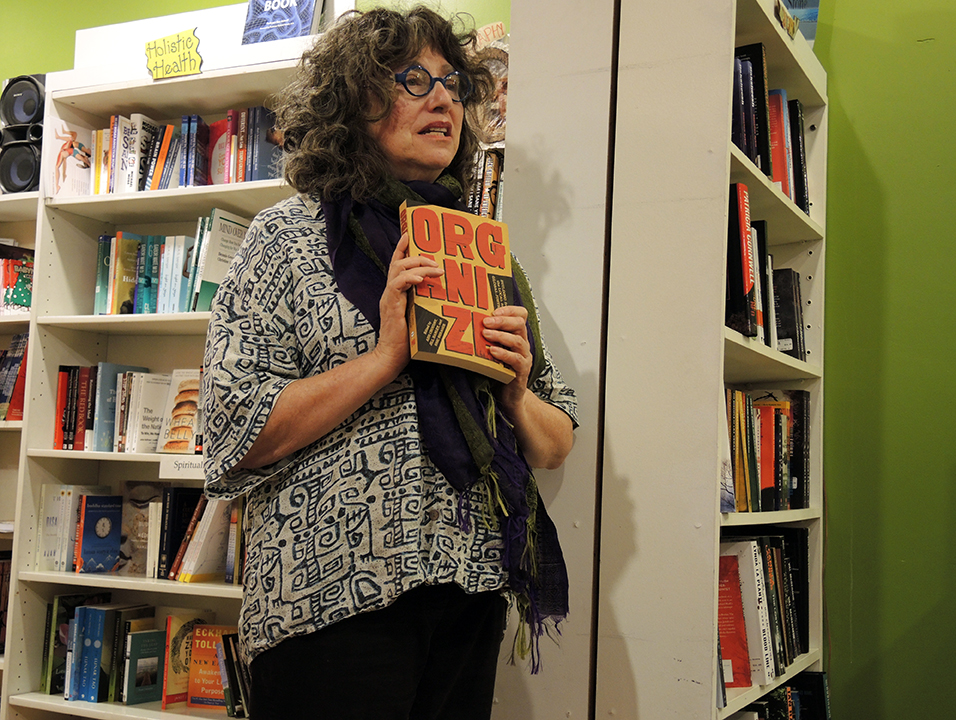 Sheila Koffman, owner of Another Story bookstore which hosted the event 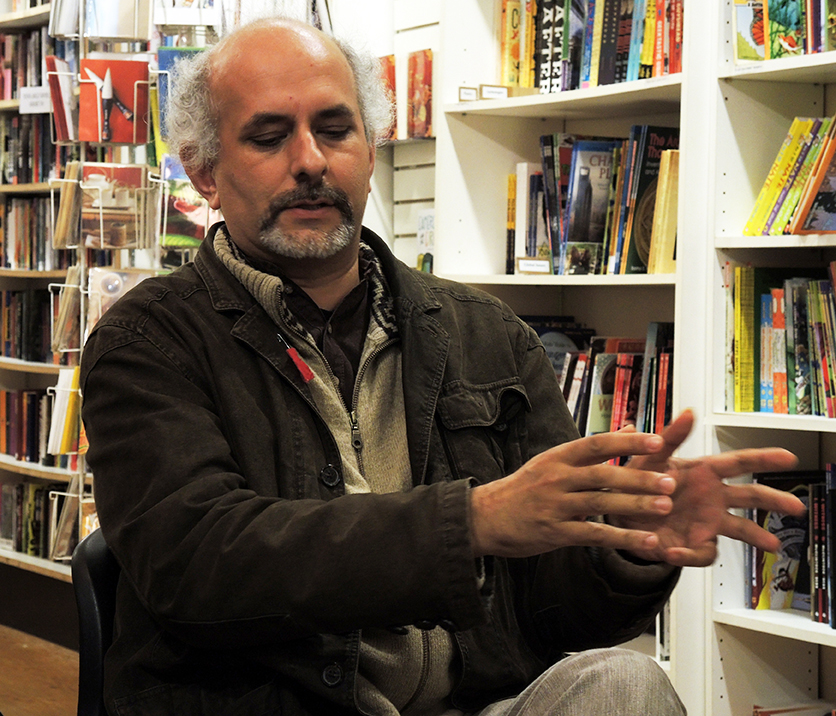 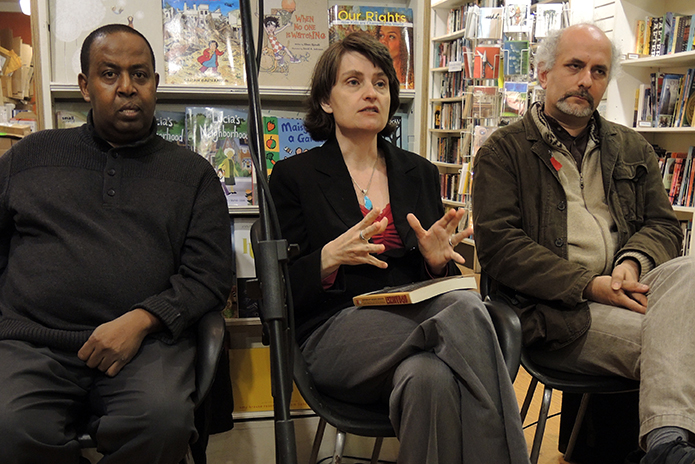 Existentialist question of the day: does he refuse 1 or is he refuse 2 ?

Photojournalist Orin Langelle in Toronto as photographed by Anne Petermann 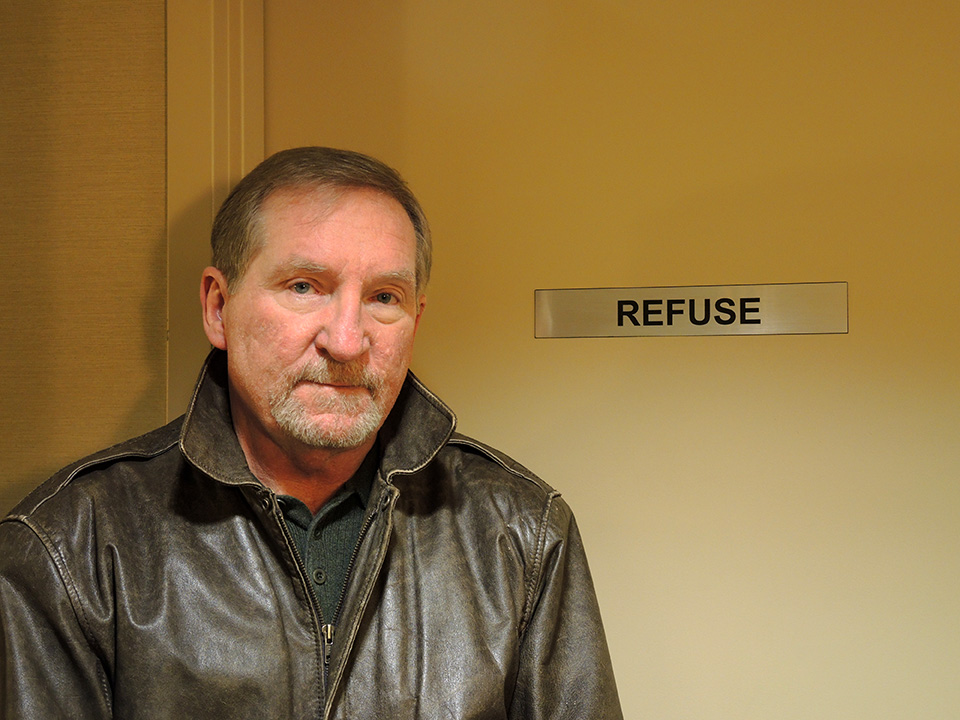 verb [ intrans. ] indicate or show that one is not willing to do something

noun   matter thrown away or rejected as worthless; trash