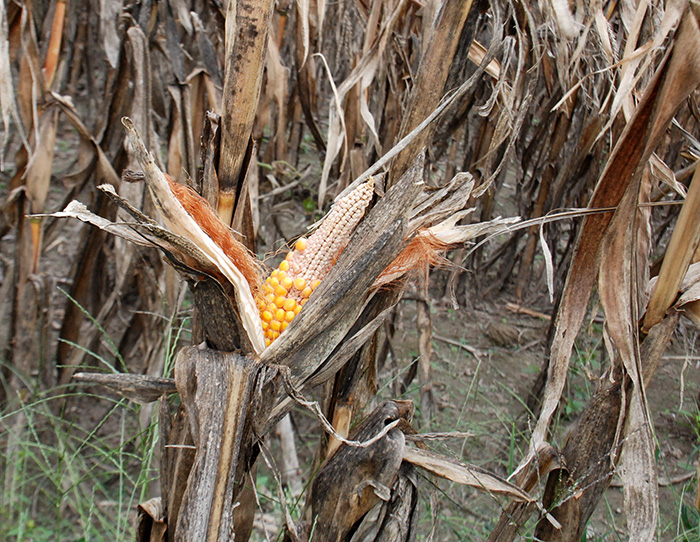 8 April 2013-Food prices are rising this year due to severe and, in some cases, extreme drought from last year.  And this year, more drought and other extreme climate weather are expected to exacerbate the growing problem.

The photo above was taken last September near St. Louis, MO.  The drought was one of the worst on record in MO and a prolonged state of emergency was declared by MO Governor Jay Nixon.

Dr. Lisa Martino-Taylor, Steve Taylor, Anne Petermann, and I took an afternoon to drive into the country and see for ourselves what damage the drought was causing.  We did not see any healthy cornfields; all we saw were dead or dying ones.  Extreme weather such as this, is not just of concern for food prices rising, but is a threat to biodiversity and all life.