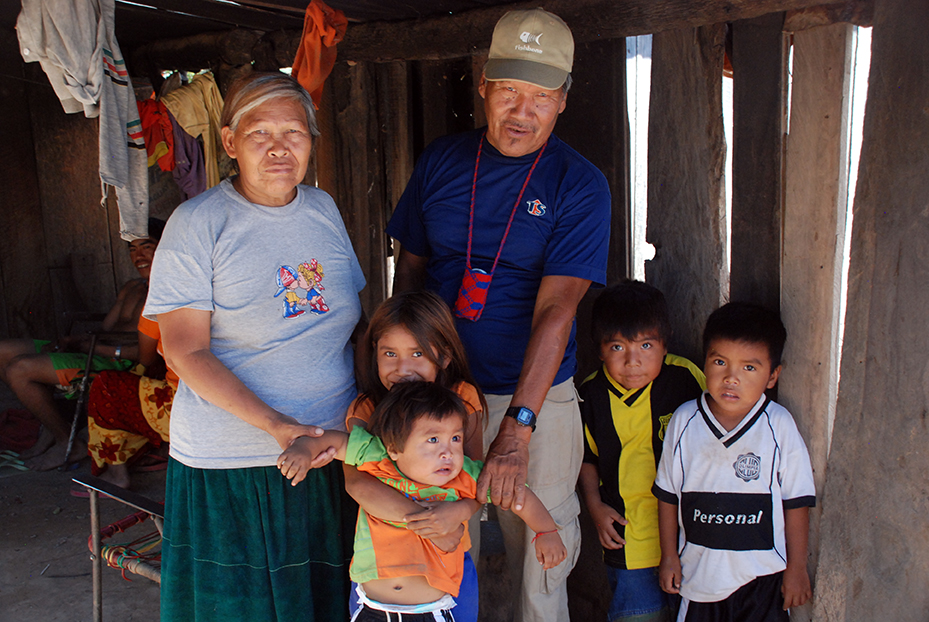 In the Ayoreo settlement of Campo Lorro, Chaco, Paraguay

I visited and photographed the Ayoreo indigenous community of Campo Lorro (Parrot Field) in the Chaco region of Paraguay. The photos in this essay were taken in early 2009 of a community and people struggling for survival. 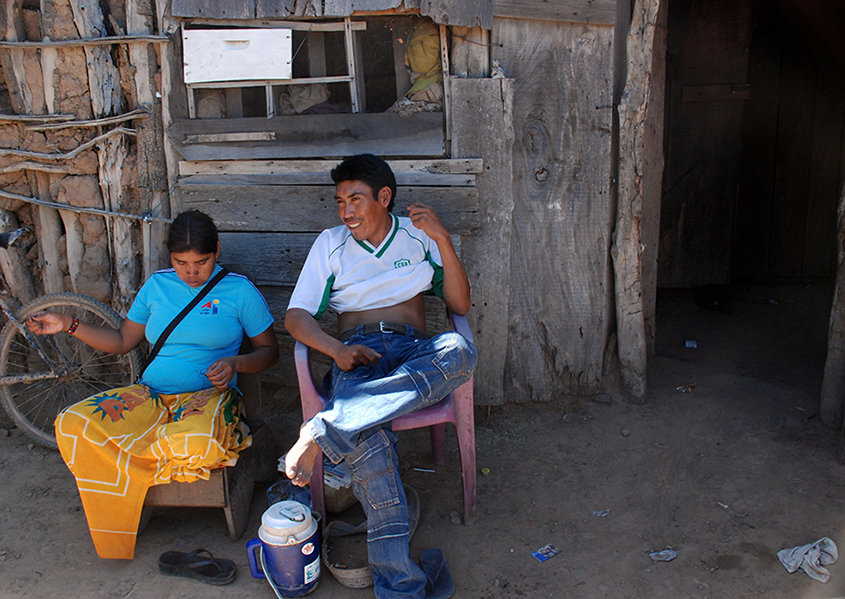 I was invited by the Ayoreo people who live in Campo Lorro to take photographs in a project called “Sharing the Eye.”  An elder leader of the community walked with me through their lands, village, houses and workplaces–sharing his vision with me. 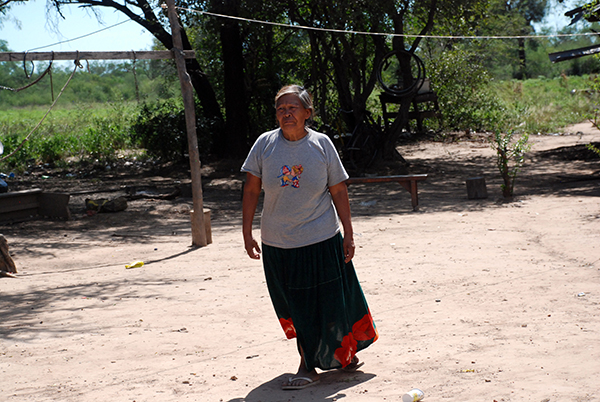 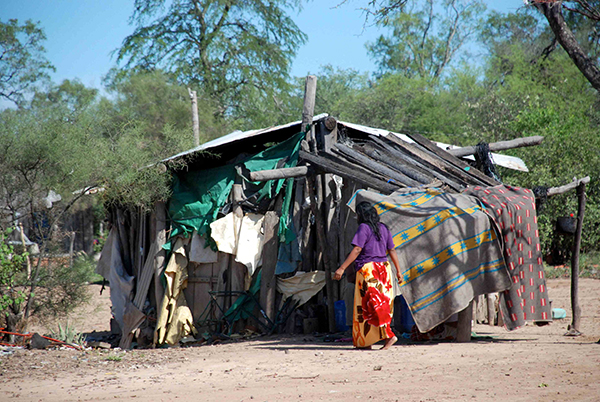 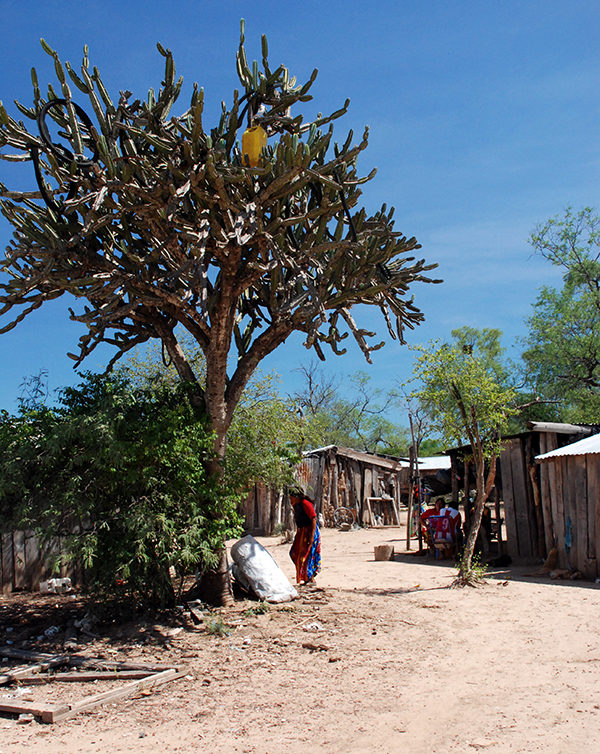 Survival International reports, “Since 1969 many [Ayoreo] have been forced out of the forest, but some still avoid all contact with outsiders.

“Their first sustained contact with white people came in the 1940s and 1950s, when Mennonite farmers established colonies on their land. The Ayoreo resisted this invasion, and there were killings on both sides.”

Campo Lorro is the largest compound of Ayoreo in captivity. When I visited Paraguay again, in the latter part of 2014, these compounds were now called concentration camps as the situation in the Chaco is rapidly disintegrating. 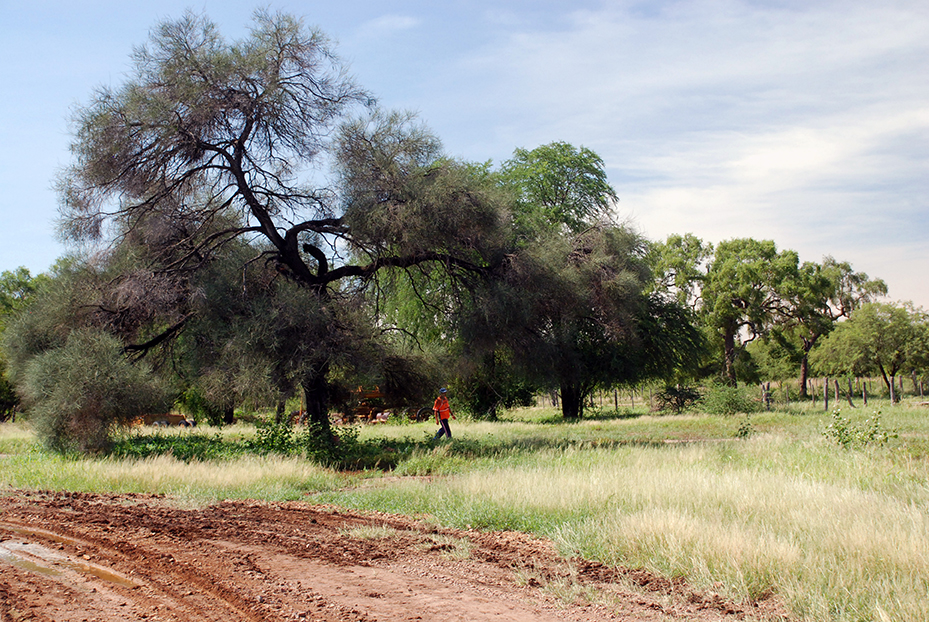 In 2009, I traveled with Dr. Miguel Lovera, part of the Ayoreo support group Iniciativa Amotocodie.

Because of the  coup, Dr. Lovera lost his job as President of SENAVE. While with the National Plant Protection Agency, Lovera was in constant battle with the “soy mafia” and tried to stop the introduction of GMO cotton.  It is easy to specualate that Paraguay’s agribusiness leaders and their friends at Monsanto were not upset  that Lovera , along with Lugo, were removed from office. 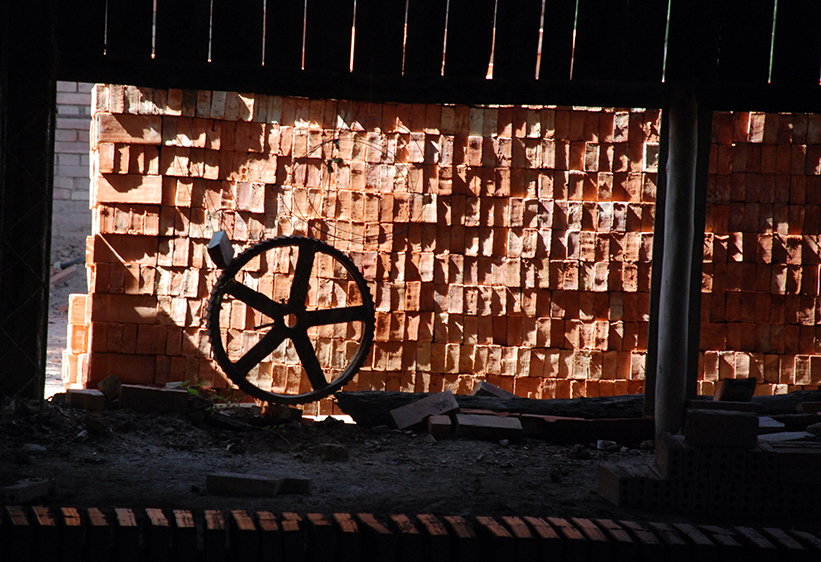 Scene of the brickworks of Campo Lorro 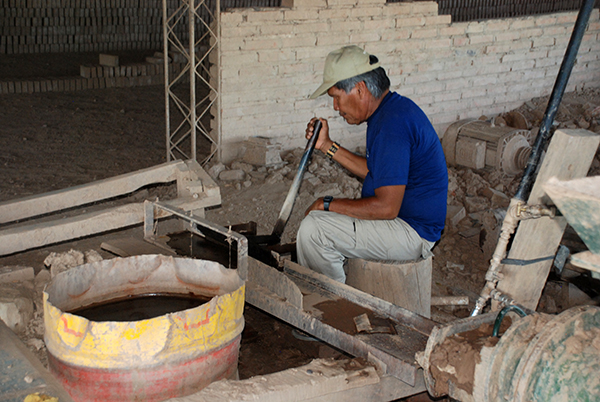 The photos in this essay were displayed in an exhibit in Campo Lorro in the summer of 2009. Campo Lorro is a 10,000-hectare field that was given to the community in exchange for their nomadic realm of more than 10 million hectares. The Ayoreo were the masters of the harsh northern Gran Chaco territory. They lived off hunting and gathering. Because they posed a “threat” to the expansion of white “civilization,” they were forced into settlements.  The subhuman confinement conditions, which subdued these proud people, depleted their self-esteem. 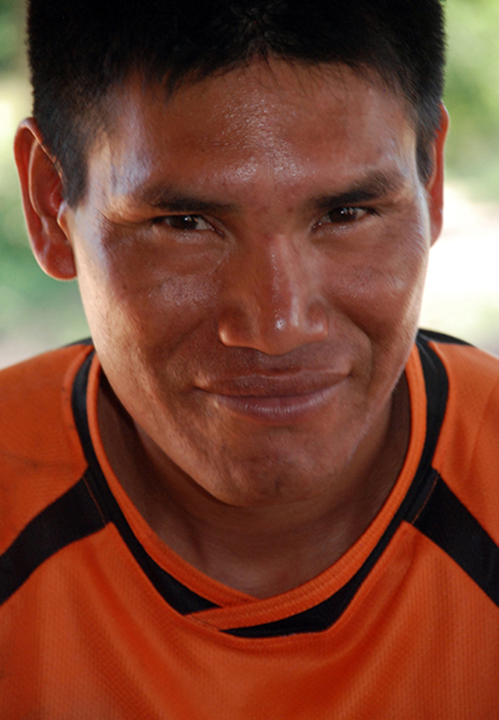 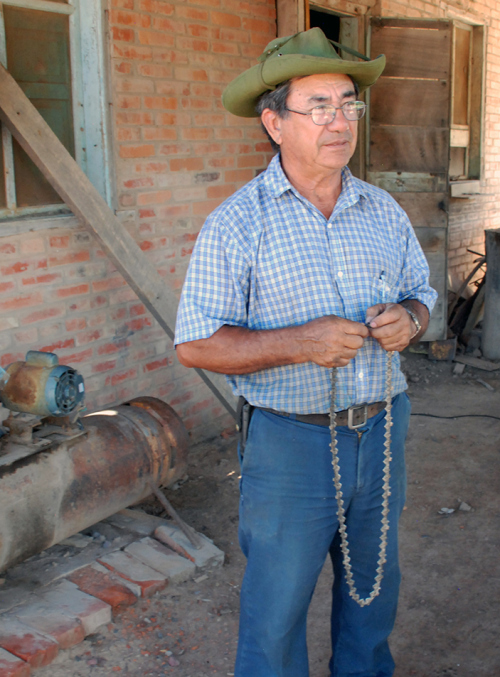 Outside the machine shop in Campo Lorro 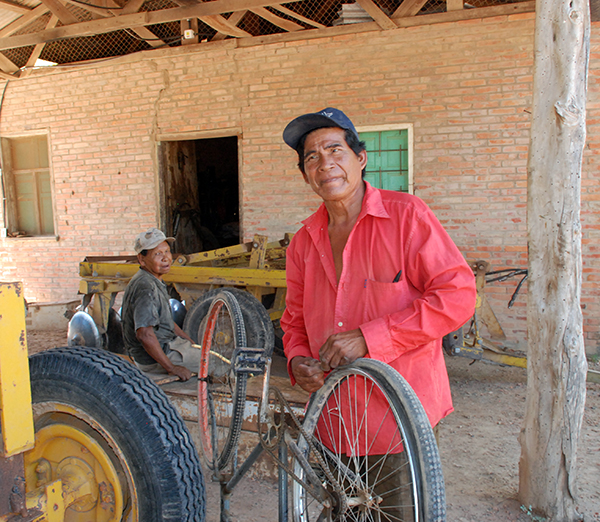 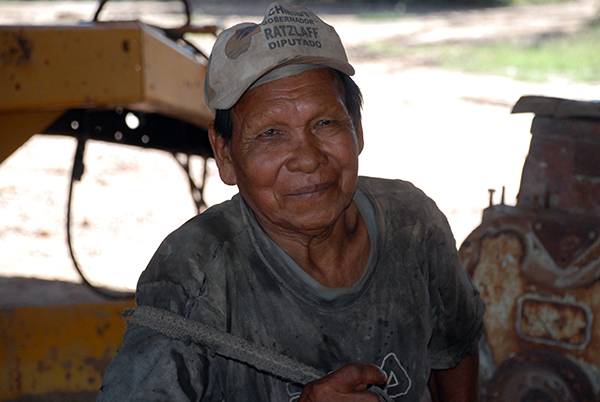 Prior to the coup, these Ayoreo were in the process of regaining their dignity through the recovery of their culture and territorial rights through the Union of Native Ayoreo of Paraguay (UNAP).  The people of Campo Lorro were regaining their dignity.  Now with the coup, the situation with the Ayoreo is uncertain although becoming more threatening. 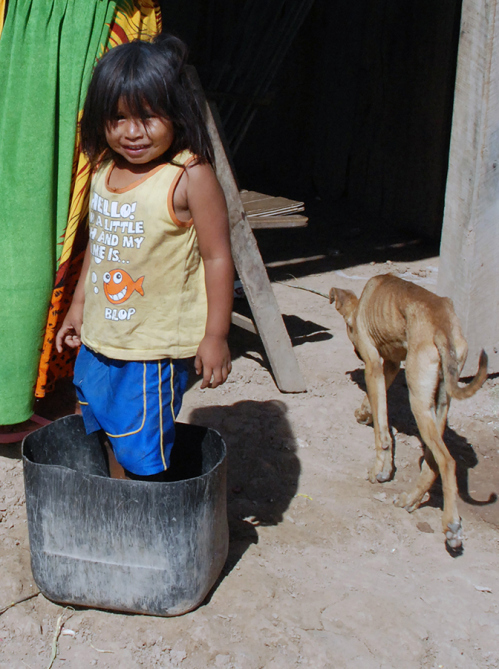 There are still uncontacted Ayoreo living in the Gran Chaco.  They do not want contact with “civilization” and wish to remain in their forest home. Today, however, unsustainable livestock farming, along with the expansion of genetically modified soybean plantations for biofuels, hydroelectric dams and mineral exploitation threaten the forests of the Chaco. 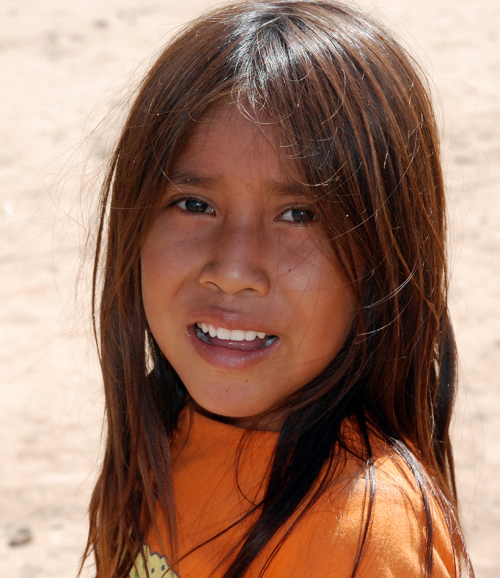 A March 2012 New York Times article  points out, “At least 1.2 million acres of the Chaco have been deforested in the last two years, according to satellite analyses by Guyra, an environmental group in Asunción, the capital. Ranchers making way for their vast herds of cattle have cleared roughly 10 percent of the Chaco forest in the last five years, Guyra said. That is reflected in surging beef exports. 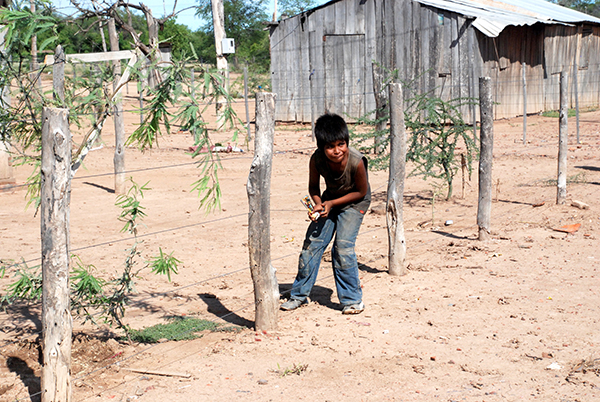 “Paraguay already has the sad distinction of being a deforestation champion,” said José Luis Casaccia, a prosecutor and former environment minister, referring to the large clearing in recent decades of Atlantic forests in eastern Paraguay for soybean farms; little more than 10 percent of the original forests remain.

“If we continue with this insanity,” Mr. Casaccia said, “nearly all of the Chaco’s forests could be destroyed within 30 years.” 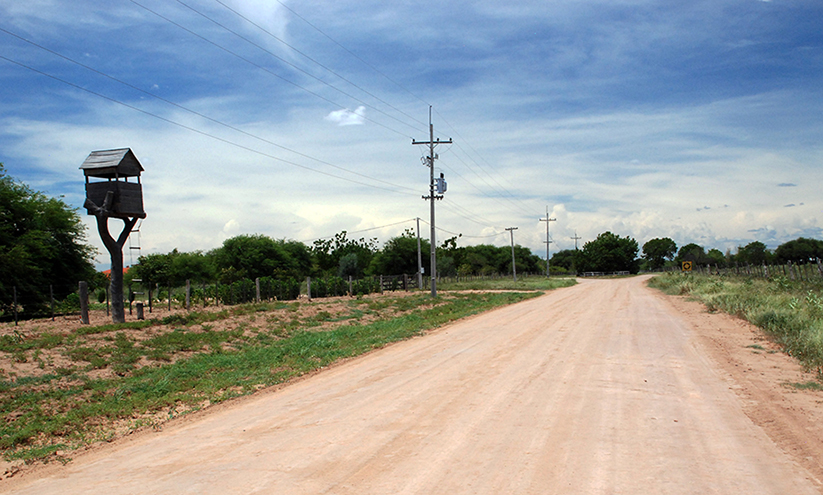 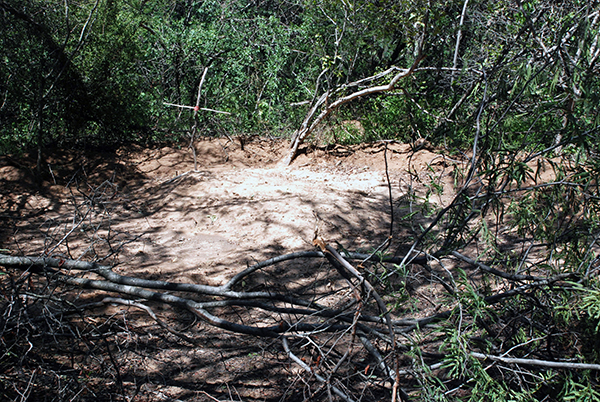 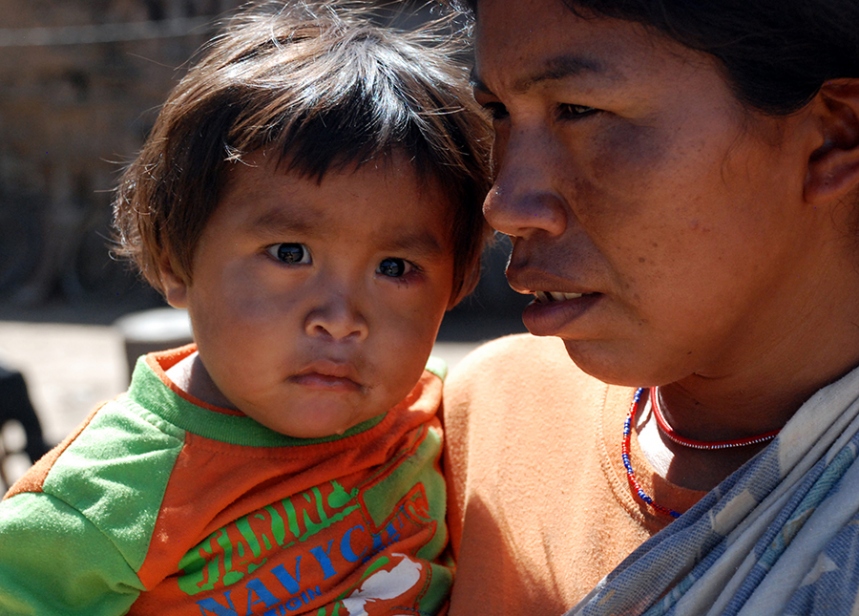 With the coup and the constant development schemes in the Chaco, what will become of the proud Ayoreo people?

Additionally in December 2014, I published, The Pillaging of Paraguay Photo Essay and Analysis.

2 Responses to “Ayoreo People of the Chaco”